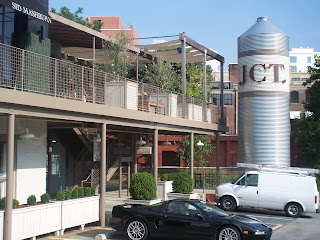 I've had two occasions to go to JCT Kitchen: once with some College of Computing colleagues; later with my colleague Susan Shows of the Georgia Research Alliance. 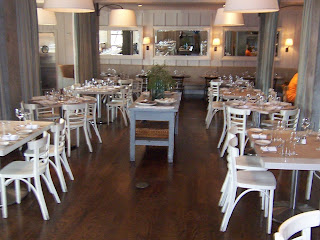 Unfortunately, the first time through, I was so hungry that I forgot to take a picture of my plate. I was in the mood for meat so I ordered a steak. It was very well prepared, but I think I was in the mood for something a little more caveman-style. This is a sophisticated steak, as befits the style of the restaurant. At least I remembered to take a picture of the decor. 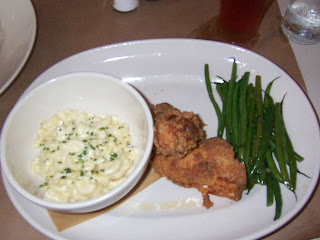 On my second visit, I decided to test their Southern cuisine, which is the real centerpiece of the menu. There's nothing more Southern than fried chicken. The crust was crisp and flavorful, the chicken was very moist. It came with macaroni and cheese rather than mashed potatoes. I am not normally a mac-n-cheese fan, but I found this side dish to be delightful. The cheese was rich and creamy; it provided more of a taste counterpoint than would straight mashed potatoes.