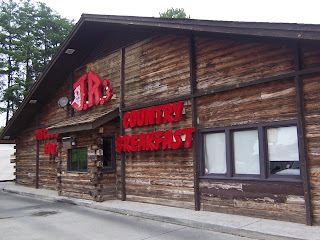 JR's BBQ is on Peachtree Industrial in Norcross. I've been there several times. It's open a surprisingly long time for a barbeque establishment, including breakfast. I'll have to try the breakfast some time. 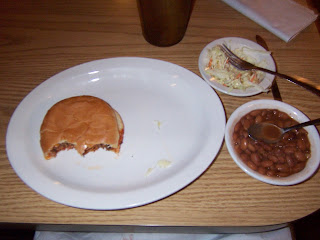 On this visit, I had the BBQ sandwich. The sauce, which is a critical component of any sandwich, strikes a good balance between sweet and sour. I've had the ribs on other occasions, which I greatly enjoyed. This is somewhat upscale compared to the trailer-at-the-gas-station style of BBQ joint, but it is homey and down-to-earth.