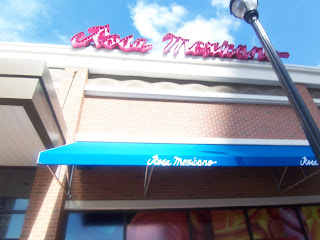 My Georgia Tech colleagues and I were interested in a nice lunch and we chose Rosa Mexicana. It's an upscale Mexican restaurant in Atlantic Station. I've been there several times before. 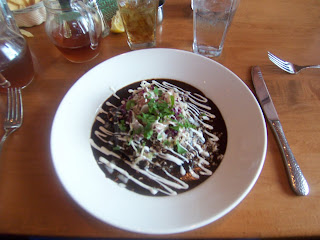 They are in the middle of a chocolate festival so I had to try the chicken mole enchiladas. The sauce was very delicate and subtle. A nice touch was the grated cabbage on top, which gave a nice crunch (and a cole slaw-y Southern touch as well).