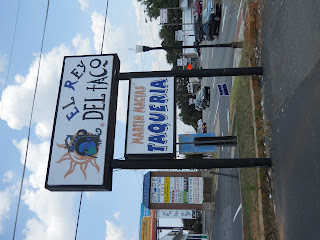 El Rey del Taco is, as you might expect, on Buford Highway. It's a nice family restaurant, although the World Cup pregame was turned up a little loud. 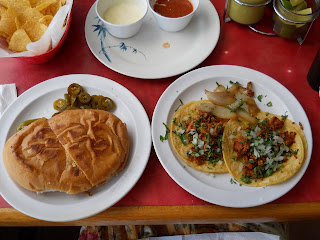 Given that they are the king of tacos, I had to try a mixed beef-pork taco and a chorizo taco. I also tried a pork tortas, something that I usually don't get. Everything was good in a homey sort of way. The chorizo taco was my favorite; the roast pork on the tortas was also very tasty. The beans, which didn't get into the picture, were the real hit of the meal. They were savory and had a nice kick of heat. I did find the meal to be a little more expensive than I expected.