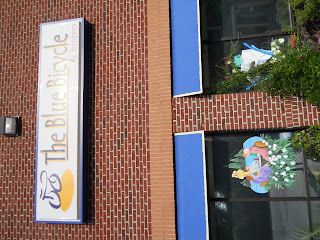 I discovered The Blue Bicycle thanks to their billboard on GA 400. The restaurant is a little off the highway. In the great Atlanta tradition, it's in an unassuming row of businesses. Once I stepped inside, I was immediately charmed. The atmosphere is playful without being overdone. 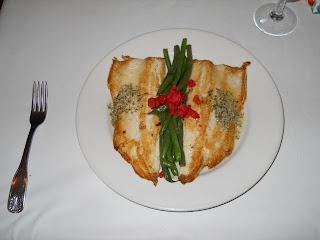 The food is French-inspired, with a great many dishes that are new twists on traditional French fare. (The potato chips and bleu cheese didn't fall into that category unless my French friends have been hiding something from me.) I had the trout, which was in a herb butter sauce. The herbs and garlic gave the trout just enough of a kick. The fish itself was very well prepared. 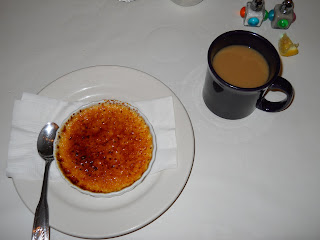 I had the trout in part to leave room for dessert. I hadn't had creme brulee in a long time and it is a good way to judge a French restaurant. This was the hit of the meal and not just because it was dessert. It was just right in every way, including the crust, which is showy and easy to mess up. The staff and the owner were extremely pleasant. It's a long drive but I plan to go back.