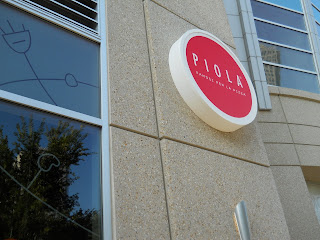 Glenn introduced me to Piola, a new spot in the upper part of midtown. It is a small chain that started in Italy and then branched out to the U.S. It has a modernist decor and music. The music was loud and not conducive to conversation; this place is for people you want to be seen with, not people you want to talk to. 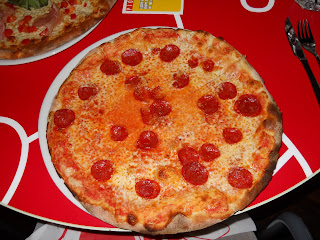 I ordered a pepperoni pizza. It's a traditional thin-crust pizza (although not as thin as some of the pizzas I've had in Italy). It was a reasonable pizza but not spectacular. Glenn and I both decided to have the chocolate cake and ice cream for dessert, which turned out to be a brownie with ice cream, which was slightly disappointing.