September 17, 2011
My friends Stephanie and Bob have been raving about Zapata for several months now. It's in old Norcross across from the train station I must say that old Norcross is both cute and livelyTonight was some sort of prom night, filled with high schoolers in their finest. 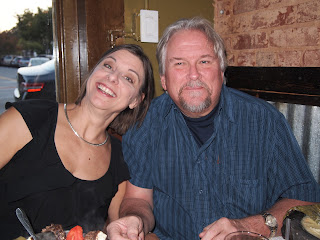 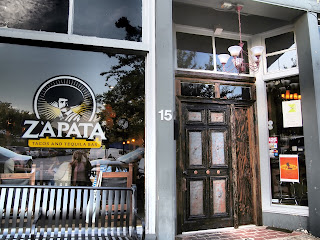 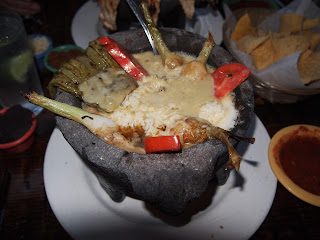 More specifically, they've been raving about this dish. I don't remember what it's called (and the Zapata Web site is on the blink---ahem, management). The bowl looks like the lava bowls that are de rigeur for avocado.  But be careful because this bowl is as hot as a volcano. It's like having your own campfire. The contents are a stew, chicken in my case, with what was probably a corn-based sauce for the meat and an assortment of vegetables. You eat it with tortillas, so it bears some superficial resemblance to fajitas. But because the dish is a stew it comes across as much as a much heartier dish.

I must say that the service at Zapata was nearly non-existent.  Stephanie and Bob tell me that poor service is the norm.  Too bad, because the food is memorable.  I enjoyed the showy presentation, but the hearty, flavorful food is what I really remember.