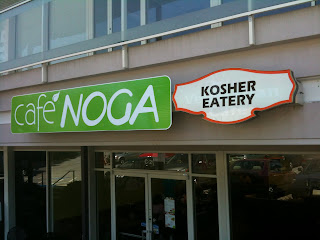 I was around Perimeter Mall and needed a snack so I decided to drop by Ou for U. It's a good thing I did---it's now Cafe Noga. The proprietor explained to me that they changed their concept just a week and a half ago. It's still kosher but no longer vegetarian. 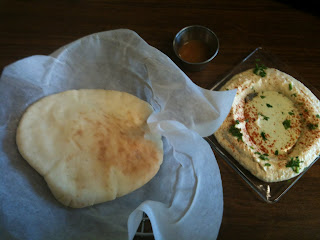 Since I just wanted a snack, I decided to have some hummus. It was delicious and much more flavorful than the grocery store or fast food varieties that I'm used to. The proprietor also gave me a special sauce in the small cup, explaining that it is Iranian. It was very light, basically a vinegar with some red pepper flakes and possibly one or two other things. The combination of a little hot and a little sour was the perfect addition to the hummus.