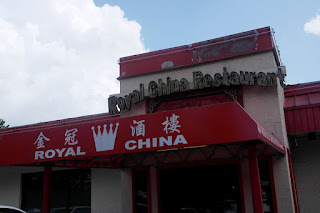 I've been to Royal China quite a few times but not in awhile. Dim sum with Yu and Fumin was my chance to reacquaint myself. Chamblee has several very popular dim sum establishments and this is one of those popular ones. We made it there before the big rush. Popular dim sum helps ensure that all the dumplings are fresh---those carts don't circle for long before they have to go back for a refill. 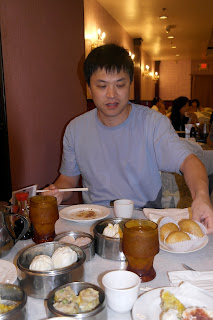 We tried several of the old standards. A few things stood out. We of course had my favorite bao, white bready dough surrounding BBQ pork. We also tried the yellow version, which I don't think I've ever had before. Yu looked up the filling---turns out it's chestnut. Fumin ordered beef intestines, which I tried. Chewy, not a must-have item for me, but not bad.

The tea was great. I'm not sure what variety it was but it was good enough to deserve special mention.