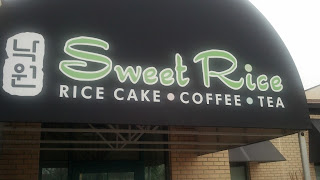 I was near Gwinnett Mall and in the mood for a cup of coffee, so I tried Sweet Rice. It's an Asian style dessert restaurant, which often feature coffee as well as tea. They seem to be open pretty late, although I went during the day. 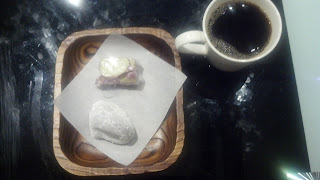 As you can see, they have a very large dessert buffet to select from. They have postings highlighting the freshness of their desserts. The buffet wasn't completely full when I was there, but it had a very good selection. 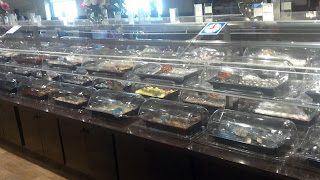 The coffee was pretty strong but not quite a Starbucks-style dark roast. I tried two desserts in addition to my coffee. One was a sticky rice bun---satisfyingly gooey. The other had a creamy blueberry-colored filling. The portions are small enough that you can sample several without overdoing it.