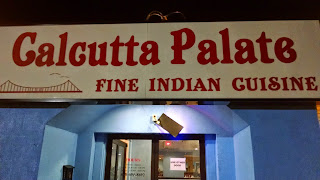 Calcutta Palate just opened and I very much enjoyed my meal. It took me a little while to figure out where it is---a separate building on the north side of the Buford Highway Farmer's Market. It's a large space with plenty of tables and they seem to be putting in a bar. The service was very helpful and friendly, although still a little disorganized. I met one of the owners coming in; I also met the chef as he walked around the tables to check on the diners. 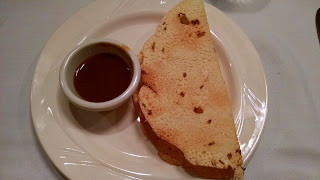 I started with papadum, always a crunchy favorite. The tamarind sauce was tasty, not overly tamarind-y. 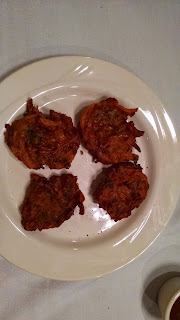 The chef sent out this small plate of delectables to keep me busy while my entrees were being prepared. 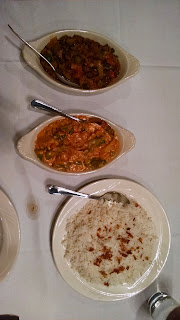 As an example of the rough edges, I ordered the vegetarian thali but ended up with two entrees. The vegetable korma was suitably creamy. The okra was my favorite; the spices and oils combine very well with the green of the okra. 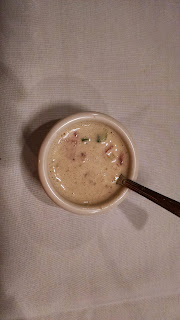 I asked for a small bit of raita to cap things off, which I enjoyed. 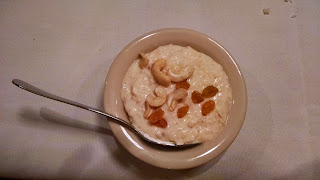 And I finished with a rice pudding, which was creamy and just sweet enough without being overpowering.