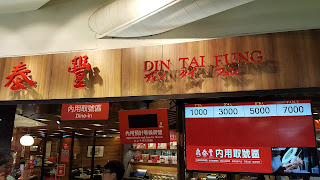 Din Tai Fung is a collection of restaurants known around the world for their xiao long bao, or soup dumplings. The original location opened in Taipei and the restaurant has since spread around the world. Our workshop ended with a spectacular meal at the Hsinchu location. 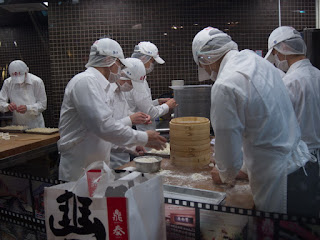 You can't make reservations; a counter at the front of the restaurant tells you the wait. Patrons are entertained by the view of the kitchen staff preparing dumplings with a combination of speed and delicacy. Luckily, our large party was seated in just a few minutes. Once we ordered, the dishes started to arrive with machine gun speed. 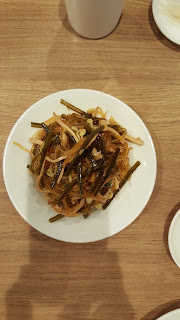 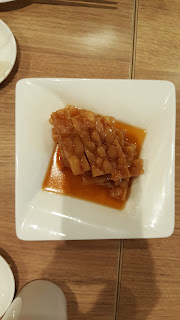 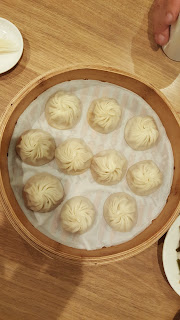 Our first batch of dumplings arrived a few minutes later. Steve informed me that each dumpling is closed with 17 twists. You eat them by dipping one in sauce, placing it on your soup spoon, and then delicately piercing it with your teeth to let out some steam. These dumplings are perfect: the filling is packed with flavors that don't get lost; the dumpling cover is pillowy soft. 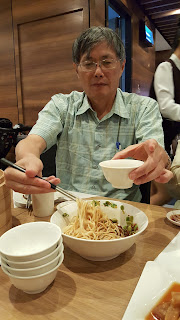 Steve served up some noodles, the name of which escapes me. I used to order this dish when I visited MIT, but this version is so much better as to be a completely different experience. 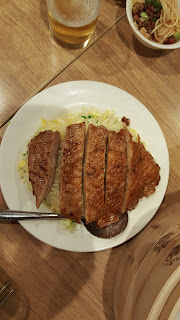 The fried pork cutlet was crispy on the outside, tender on the inside, a true Southerner's delight. 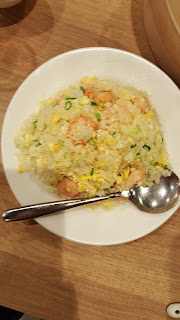 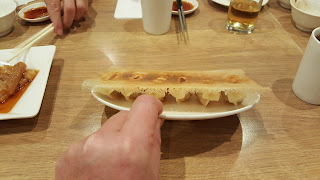 I've never before seen this preparation of dumplings. They came in a sheet connected by the thinnest layer of dumpling skin. 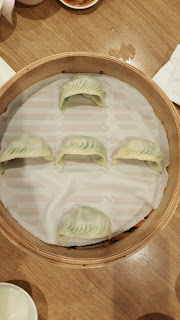 These dumplings were filled with green vegetables. They made a nice contrast to the meat fillings. 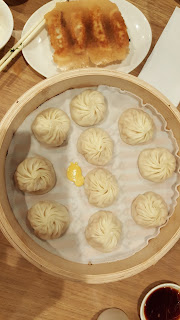 These dumplings were filled with chicken, as you can see from the little gelatin chicken in the middle. 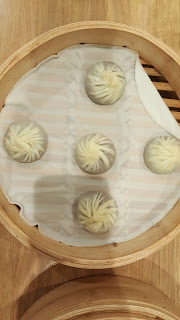 We ordered two types of dessert dumplings: red bean paste and chocolate. The chocolate dumplings are a new feature on the menu and a total delight to everyone. The chocolate ganache filling came out runny, much like a chocolate lava cake. They made a spectacular ending to a wonderful meal. 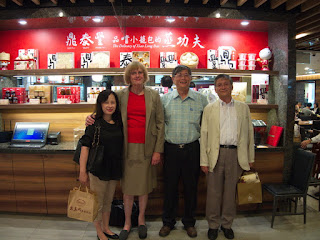 This meal was a celebration of old friendships and continuity into the next generation. Our hosts Steve Lin and his wife along with the workshop's Japanese chair Hiroto Yasuura are old friends in the best sense of the word. 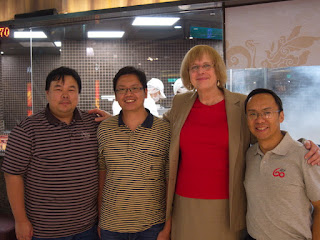 And in addition to the Japanese and Taiwanese young professors and entrepreneurs who were able to attend, three of my former Ph.D. students also attended: Chang Hong Lin, Chia Han Lee, and Yuan Xie.