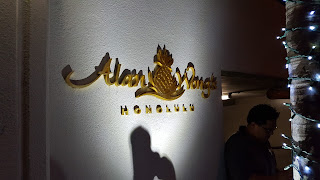 Anne, Chris and I enjoyed a superb dinner at Alan Wong's. When we asked the hotel bellman for a cab to ALan Wong's, he said "Wow, that's the best restaurant on the island." He was certainly correct. The exterior is very, very low key so don't be surprised when you arrive. 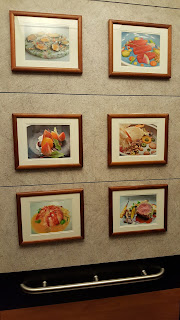 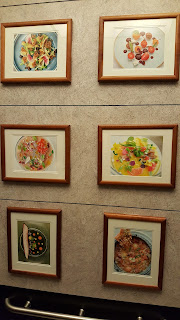 The elevator to the third floor restaurant gives you a peek at what awaits. 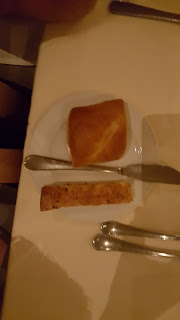 Anne and I ordered the tasting menu while Chris went with a risotto. We were offered a choice of two breads to start; of course I had to try both. 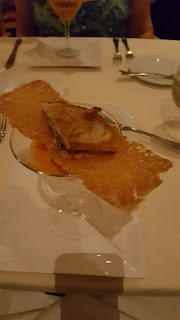 The first course was a small pork sandwich with a cup of tomato soup. The sandwich was a perfect little slider. 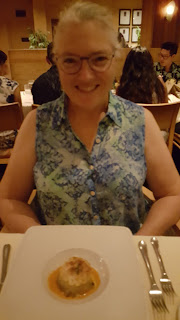 Anne shows us the second course, a wonderful combination of lobster and shrimp. 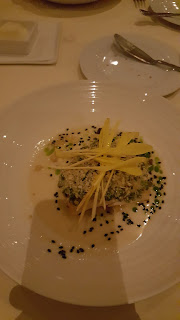 The next course, a red snapper, was truly spectacular. The fish was perfectly cooked, most likely sous vide. The sauce combined ginger and coconut to create a taste that was both striking and rich. 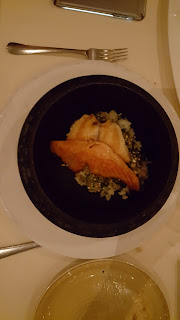 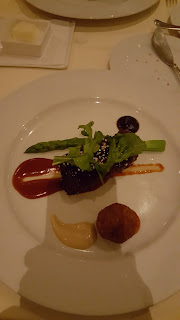 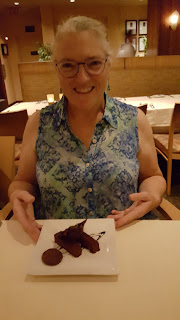 Anne shows the crunch bars that formed what turned out to be the first round of dessert. The crunch played very nicely against the mousse. 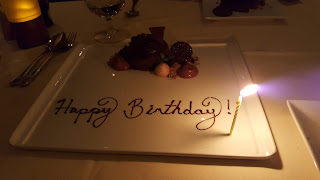 It wasn't anyone's birthday but we received this anyway. The table next to us also received the birthday chocolates. Anne and I assigned Chris to dispose of the plate. 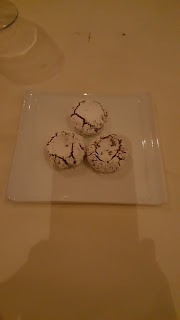 As a final touch, we received these ginger cookies.