I've been thinking about banana pudding for awhile. When I decided to make a batch, I thought about skipping the vanilla cookies entirely but I ultimately came to my senses. I went all the way and made my own cookies. 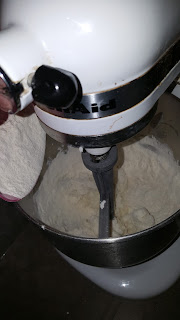 I based my vanilla cookies on the sugar cookie recipe from the King Arthur cookbook but with some substitutions: butter for the shortening and heavy cream for the buttermilk. 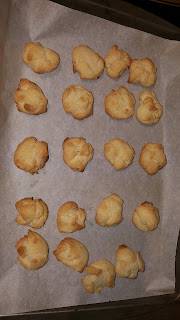 The result was a spheroid cookie that was also pretty dense. The heavy cream was a little too thick for this purpose and didn't let the cookie flatten out in the oven. I thought about making another batch with something a little thinner but I ultimately decided to use them in the pudding. 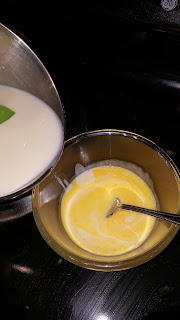 For the pudding, I used the recipe from the Better Homes and Gardens cookbook substituting heavy cream for milk. I heated the cream and sugar, then used it to temper the egg yolks. 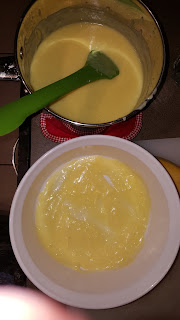 I cooked the cream, egg yolks, butter, and cornstarch until thick. When it was ready, I coated the bottom of my pan with a thin layer. 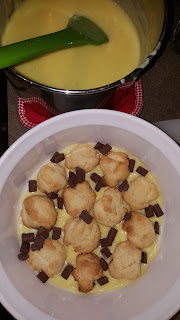 I put down a layer of cookies and added some milk chocolate niblets. Next, another layer of pudding. 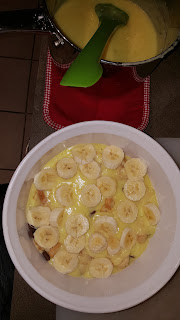 A layer of bananas went in next, followed by the final layer of pudding. 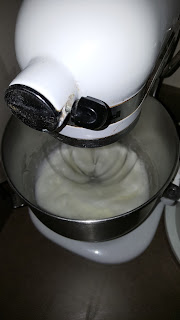 I had reserved the egg whites. I whipped them into a foam and layered them on top of the pudding. In everything went into the oven for about 10 minutes. 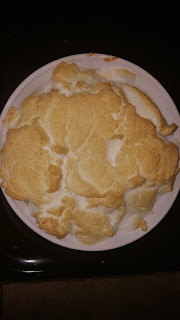 The result was beautiful but I could have done better. I used slightly less sugar than the recipe called for but it was still a little too sweet for my taste. The cookies were also a bit dense. But there will always be a next time...