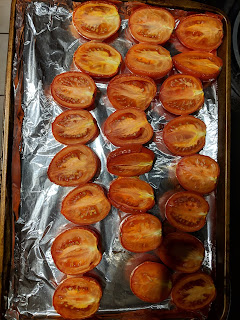 It's tomato time again, which means time to make and can some sauce. This year, I decided to try two new techniques. The first is a trick I learned from Serious Eats---roast some of the tomatoes. I roasted two pans of the Romas, which was perhaps a quarter of the box. Roasting removes some water while giving the tomatoes a richer flavor. I could smell the roasted tomato as I pulled them out of the oven; I could also feel the water evaporating from them. 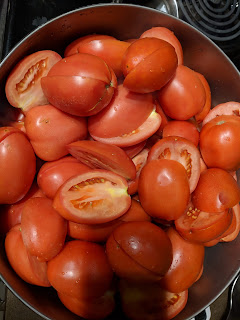 I cooked the remainder of the tomatoes in a big pot. 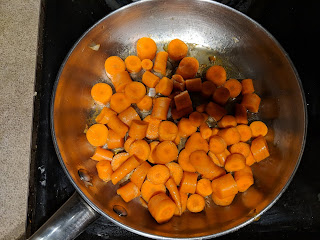 I also sweated some vegetables as add-ins. 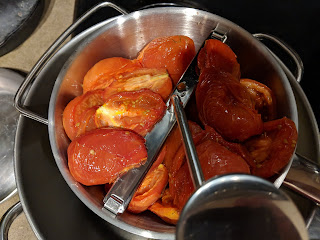 My second new technique was this food mill. I ran most of the sauce through the mill. I like my sauce to have some texture, so I used the stick blender to blend down some of the skins and tomato husks into the sauce. 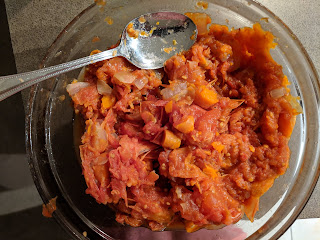 This jar is the results of my milling---all this tough stuff was taken out of the sauce. This photo illustrates an important difference between food mills and blenders. The blender and its cousin the food processor chop and pulverize but they leave everything in the mixture. Food mills strain debris out of the preparation. The result is a smoother, somewhat thinner sauce. It also means I produced one less quart of sauce. 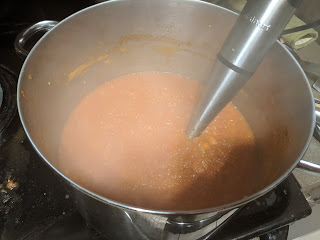 I cooked the sauce down a little more, then loaded it into jars for pressure canning.