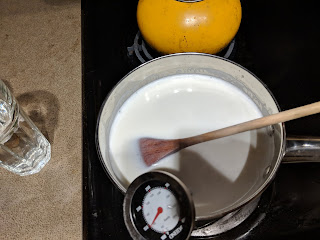 After reading this recipe for homemade ricotta in Serious Eats, I decided to make some myself for a batch of lasagne. I boiled milk with a little vinegar to encourage clotting. After cooking, I carefully strained the curds, a process that took quite some time given the small curds. 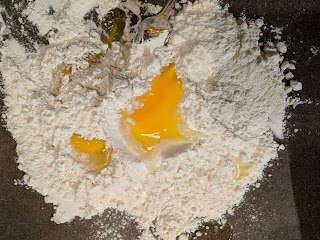 I made two batches of pasta for the lasagne. 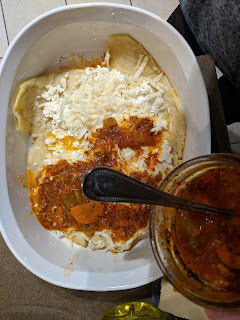 The yield of ricotta was smaller than I had hoped, even after starting with a half gallon of milk. I managed to eke out a thin covering for two layers of lasagne. As advertised, the ricotta gave a very delicate taste and texture. But its qualities were somewhat masked by the rest of the lasagne. I would reserve the ricotta-making process for other dishes that give a higher platform for its qualities.