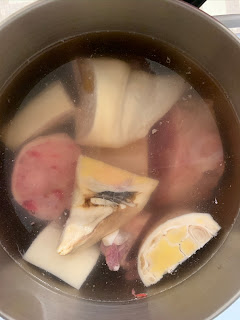 I made a batch of beef stock for safekeeping. I typically boil it all day but I decided to use the pressure cooker for this batch. I started by blanching the bones. That produced a head of green foam that I'm glad didn't end up in the final pot. 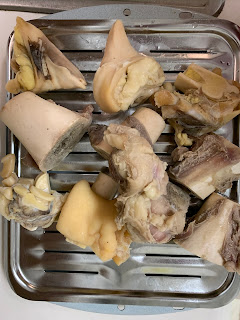 I next roasted the bones. Here they are before... 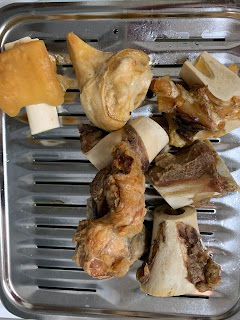 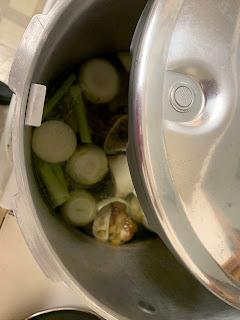 I next put the bones in the pressure cooker along with onion and celery. Internet recipes are all over the map as to cooking time. I decided to cook for two hours. That is on the high side of the recommendation scale but much faster than the non-pressure cooker method. 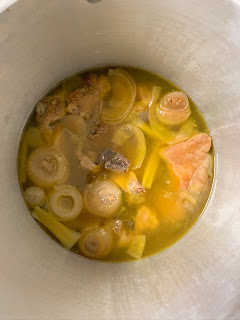 The result was satisfying. A night of cooling showed that it wasn't quite as gelatinous as I had hoped but still very flavorful and rich.